Pleasantly uncomfortable: Ways of the fiction of M. R. James

"Alfred Hitchcock has often said that terror and suspense grow not out of shock and surprise, but out of thickening inevitability...."

The below are my underlinings and rephrasings from repeated readings of Chapter III of Elegant Nightmares: The English Ghost Story from Le Fanu to Blackwood by Jack Sullivan (1978).

tilts the balance in favor of the unseen

unsettling flashes of clarity emerge from the obscurity

filter the story through levels of editors and narrators

more convincing when suggested or evoked

use every available verbal resource to avoid calling attention to themselves

emptiness and restlessness on the part of the characters

materializing out of a void in people's lives

endless process of collecting and arranging

ruthless paring down of incidents and characters

a programmatic, somewhat artificial use of understatement, innuendo, and precisely orchestrated crescendo

saturated with nostalgia, yet never propagandistic

oldness is invariably a deadly trap

evil is something old, something which should have died

in trouble by opening almost anything

futility of the entire antiquarian enterprise

gap between tone and story

style is distinguished by a detachment, an urbanity, and a certain amount of Edwardian stuffiness.... entirely at odds with the nastiness of the plots

dark center is enclosed, and occasionally buried, by several layers of supernatural apparatus

anticipated climax, the final revelation,  less compelling than the means of arriving at it

disarmingly straightforward rather than metaphysical

art object acts not as a mere catalyst, but as the substance of the experience

eccentricity of the mode of perception

wry, typically understated conclusion discourages the reader from using the story as a brief for any demonic precept

more like dark enigmas than finished works of fiction

a riddle in which the supernatural appears to play a part

narrative posture assumes an audience of connoisseurs, an elect readership which can extrapolate a plot from a sentence

fiction [of considerable power] succeeds in creating a universe of its own which can be apprehended only through careful, thoughtful reading

surfaces are potent and suggestive

far more innovative than he pretends to be

radical and puzzling use of subtlety to evoke ghostly horror

Alfred Hitchcock has often said that terror and suspense grow not out of shock and surprise, but out of thickening inevitability 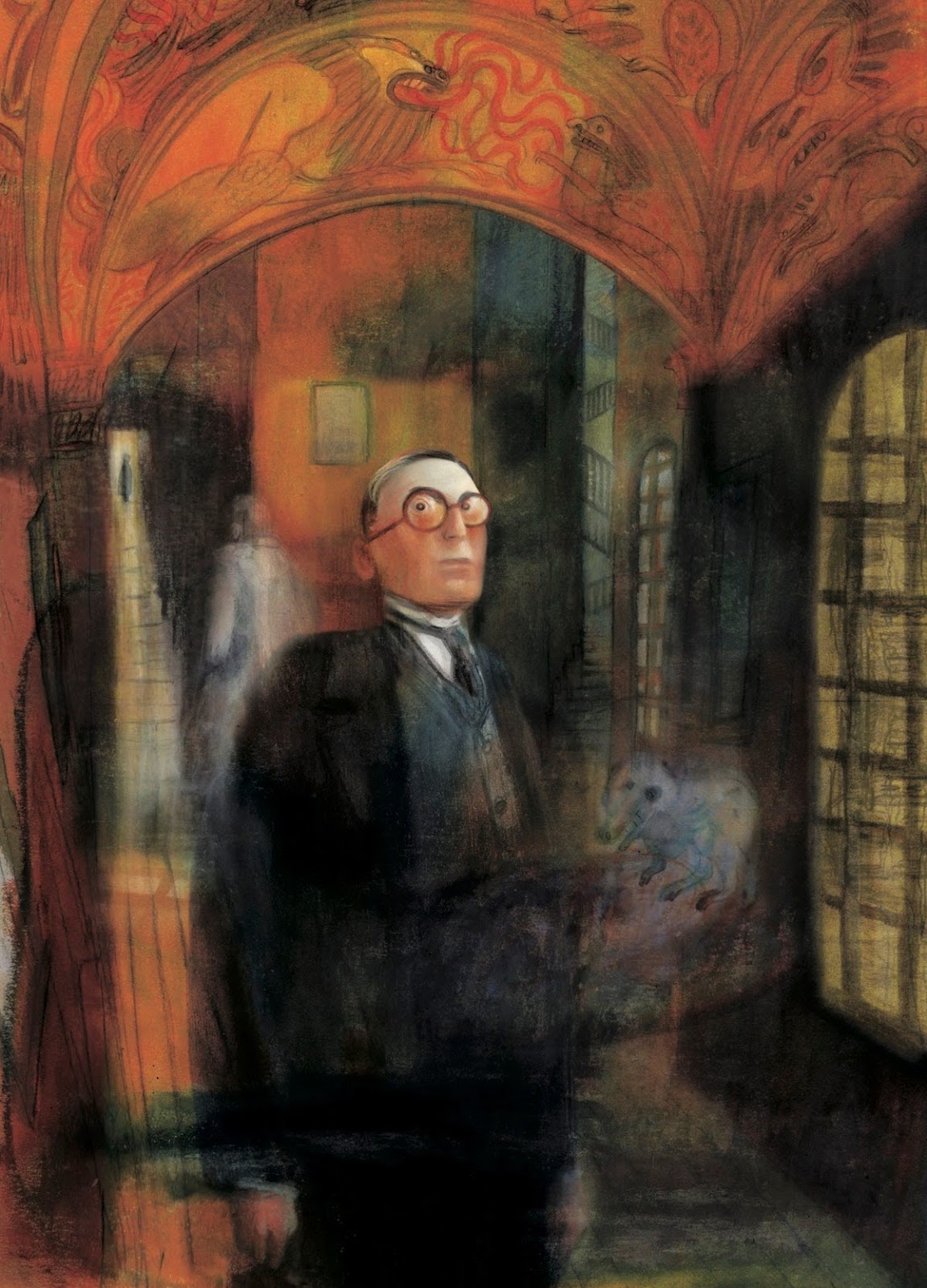 Posted by Jay Rothermel at 2:29 PM