Affect Horror in This Storm by James Ellroy (2019)

In The Darkening Garden (Stay, 2014) John Clute writes "though it is hard to be more than intuitively certain about a term as formally elusive as Affect Horror, there seems to be good reason to think it may be very profitably applied to non-supernatural texts."

Affect Horror I take to be non-supernatural and non-cosmic horror. It is horror in the mundane and everyday world.

For a writer like James Ellroy, Affect Horror is meat and potatoes. His plots and characters are intensely keyed and pitched on the fiery griddle of the epoch of imperialist decay, reeking in every pore of contradictions of the American Century.

I suggest that Ellroy's fiction resonates in the heat of the acknowledged fact that (to coin a phrase) "some centuries are more brutal than others."

Ellroy's protagonists writhe and fight against roiling contradictions of work: the criminal enterprise of police work, and of being a criminal.

Captain Dudley Smith is the kind of cop writers like James Ellroy write horror stories about.

The Dudster is hellspawn exploding fully grown: black synthesis of sociopaths found in paperback originals of writers like Robert Bloch and Jim Thompson. He is the cop we know hides lycanthropically in every beast in blue, quenching his thirsts with fresh-spilled blood of enemies.

In Ellroy the mundane, everyday horror of cops, cointelpro thugs, and the criminals is turned gratuitously up to eleven.

They hugged the coastline. Dudley binocular-scanned.

The cockpit was sun bright and altitude cold. Dudley sat behind the pilot's seat and peered out. He marked latitudes on a relief map. He X'd coves and inlets and saw no signs of life.

Lieutenant Juan swooped low and dipped toward the Sinarquista encampment. He'd prepped a leaflet drop. Hate tracts en español. He got them at the Deutsches Haus in L.A. They featured German death-camp photos with humorous captions. Lieutenant Juan found them howlarious.

The kameraden whooped en masse. They jumped up and down. The tracts caught air streams and flew. The sky went craaaazy-paper white and eclipsed all sunlight.

He's just outside an inlet. He's tossing a fishing net. He's not looking up.

He dipsy-doodled up and east. He cut past the coast road and nosed the plane down. There's a flat dirt patch/mock runway.

The ground came up faaaaaast. Dudley braced himself against the seat back. Lieutenant Juan hopscotched around rocks and dumped trash. He found a clear stretch. He cut the flaps and put the wheels on the ground. The plane fishtailed and pulled two full doughnuts.

The engine thumped and stalled dead. The propellers tapped out. Dudley went whew! They jumped out and indulged abrazos. They armed themselves.

Dudley grabbed a tommy gun. Lieutenant Juan grabbed a flamethrower. They ran across the dirt patch and dodged cars across the coast road. They hit an embankment. A carved path led down to the beach.

Dudley saw an outcropping due north. That was his landmark. He spotted that Jap forty yards up.

He pointed north. Lieutenant Juan gripped the flamethrower and fell in beside him. They trekked down to the beachfront. The sand was wet-wet. Wavelets doused them knee-high.

They hugged the rocks and crept close. The jabber escalated. Dudley craned and looked into the cave. A Jap flag hung off a two-by-four. Voices jabbered—men, women, kids.

Lieutenant Juan went So, Jefe? Dudley went Of course. They wheeled and walked right in.

The cave was muy deep. They hit a left fork and veered toward the voices. Dudley saw them then.

Thirty-odd souls. Fifth Column familia. Half Jap and half Mex. Right there in front:

Lieutenant Juan aimed and cut loose. Flames shot up and out. They hit Hector. He screamed and went all bugshit on fire. Lieutenant Juan hit the kill switch. The barrel whoosh died. La familia ran, todos. They reached the back of the cave and hit a dead end.

Lieutenant Juan walked up and cornered them there. Dudley followed him. He read their fear, close-up. Lieutenant Juan got blast-oven close. Each and every one of them screamed.

Lieutenant Juan hit the on switch. Flames shot up and out. He fried each and every one of them alive.

Clute:     "....Affect Horror unhinged eats its own words, destroys the story the author sets out to tell." 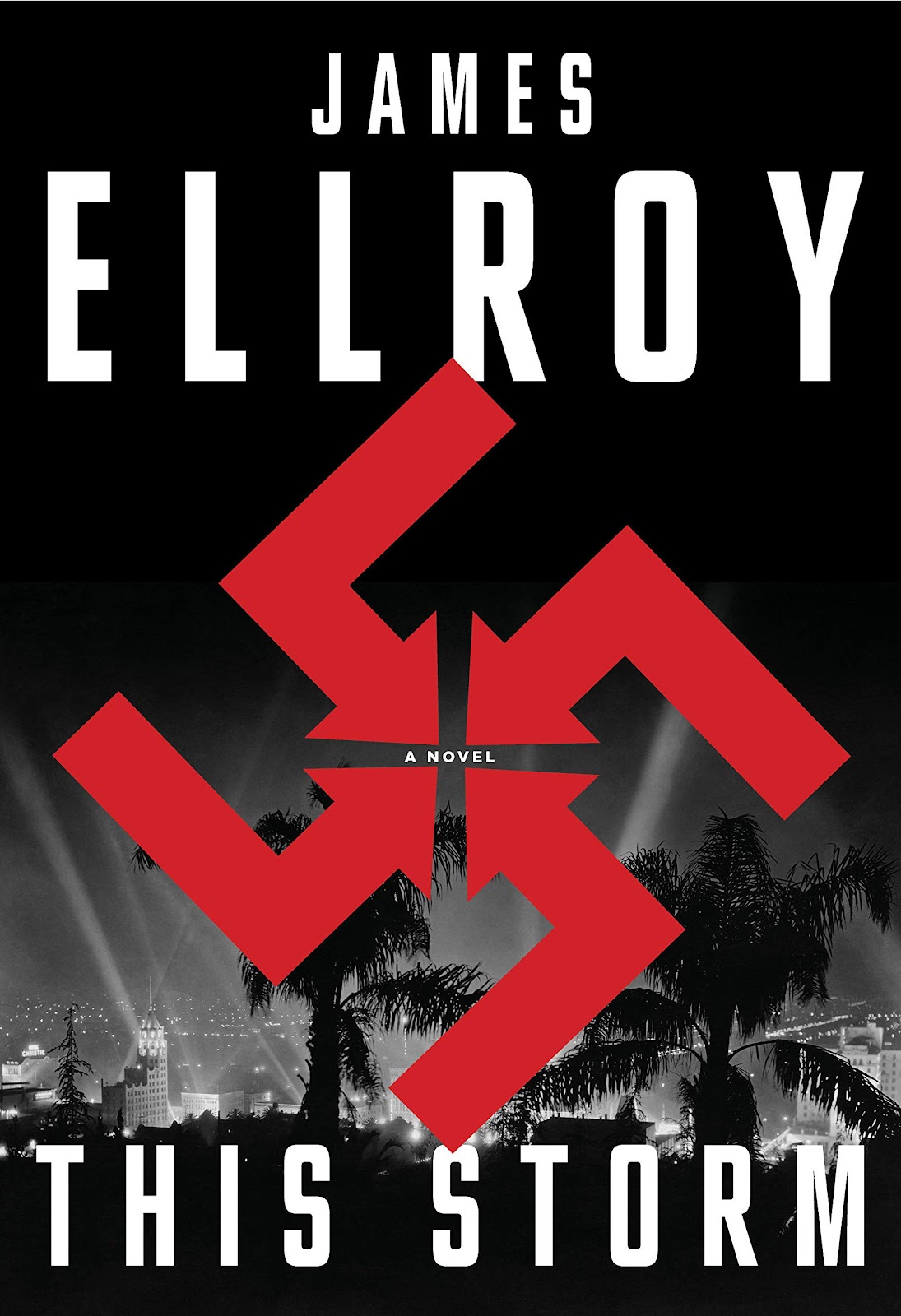 Posted by Jay Rothermel at 8:52 AM