Father and daughter: "The Ghostly Rental" (1876) by Henry James

"The Ghostly Rental" (1876) by Henry James shocks the reader of supernatural fiction. All our expectations are overthrown.

Reading a Henry James ghost story is a fraught process. When will the ghost make an appearance? Has it already? Did I miss the clues? Were there clues?

As you can see, the reading process quickly degenerates into a paperchase. I do not think this process is exclusive to readers of Henry James, but I do think those choosing a James tale in an anthology or collection know the author has a reputation for being a tricky devil. (Alas, that reputation is based on a century of critical reception of only one story, "The Turn of the Screw").

"The Ghostly Rental" does have a ghost, but not a supernatural one. At least not at first. Capt. Diamond, convinced he is having repeated encounters, tells the narrator this is all based on causing the death of his daughter years before. He is convinced his dead daughter is paying him rent on the rural family home, and that he encounters her spirit every three months when he makes the trip on foot to collect. Diamond has been reduced to a shadow of his former self, living in a shack and surviving on this rent.

Months later, when Capt. Diamond is too ill to collect the rent, the narrator volunteers to make the trip himself rather than see the old man starve.

....When I reached the house, I made a propitiatory bow in front of it, in emulation of Captain Diamond. I had timed my walk so as to be able to enter without delay; night had already fallen. I turned the key, opened the door and shut it behind me. Then I struck alight, and found the two candlesticks I had used before, standing on the tables in the entry. I applied a match to both of them, took them up and went into the parlor. It was empty, and though I waited awhile, it remained empty. I passed then into the other rooms on the same floor, and no dark image rose before me to check my steps. At last, I came out into the halt again, and stood weighing the question of going upstairs.

The staircase had been the scene of my discomfiture before, and I approached it with profound mistrust. At the foot, I paused, looking up, with my hand on the balustrade. I was acutely expectant, and my expectation was justified. Slowly, in the darkness above, the black figure that I had seen before took shape. It was not an illusion; it was a figure, and the same. I gave it time to define itself, and watched it stand and look down at me with its hidden face. Then, deliberately, I lifted up my voice and spoke.

"I have come in place of Captain Diamond, at his request," I said. "He is very ill; he is unable to leave his bed. He earnestly begs that you will pay the money to me; I will immediately carry it to him." The figure stood motionless, giving no sign. "Captain Diamond would have come if he were able to move," I added, in a moment, appealingly; "but, he is utterly unable."

At this the figure slowly unveiled its face and showed me a dim, white mask; then it began slowly to descend the stairs. Instinctively I fell back before it, retreating to the door of the front sitting-room. With my eyes still fixed on it, I moved backward across the threshold; then I stopped in the middle of the room and set down my lights. The figure advanced; it seemed to be that of a tall woman, dressed in vaporous black crape. As it drew near, I saw that it had a perfectly human face, though it looked extremely pale and sad. We stood gazing at each other; my agitation had completely vanished; I was only deeply interested.

"Is my father dangerously ill?" said the apparition.

At the sound of its voice — gentle, tremulous, and perfectly human — I started forward; I felt a rebound of excitement. I drew a long breath, I gave a sort of cry, for what I saw before me was not a disembodied spirit, but a beautiful woman, an audacious actress. Instinctively, irresistibly, by the force of reaction against my credulity, I stretched out my hand and seized the long veil that muffled her head. I gave it a violent jerk, dragged it nearly off, and stood staring at a large fair person, of about five-and-thirty. I comprehended her at a glance; her long black dress, her pale, sorrow-worn face, painted to look paler, her very fine eyes, — the color of her father's, — and her sense of outrage at my movement.

"My father, I suppose," she cried, "did not send you here to insult me!" and she turned away rapidly, took up one of the candles and moved toward the door. Here she paused, looked at me again, hesitated, and then drew a purse from her pocket and flung it down on the floor. "There is your money!" she said, majestically.

I stood there, wavering between amazement and shame, and saw her pass out into the hall.

Then I picked up the purse. The next moment, I heard a loud shriek and a crash of something dropping, and she came staggering back into the room without her light.

"My father — my father!" she cried; and with parted lips and dilated eyes, she rushed toward me.

"Your father — where?" I demanded.

"In the hall, at the foot of the stairs."

I stepped forward to go out, but she seized my arm.

"Why, your father is in his house, in his bed, extremely ill," I answered.

She looked at me fixedly, with searching eyes.

She gave a long moan and covered her face with her hands.

"Oh, heavens, I have seen his ghost!" she cried.

She still held my arm; she seemed too terrified to release it. "His ghost!" I echoed, wondering.

"It's the punishment of my long folly!" she went on.

"Ah," said I, "it's the punishment of my indiscretion — of my violence!"

"Take me away, take me away!" she cried, still clinging to my arm. "Not there" — as I was turning toward the hall and the front door — "not there, for pity's sake! By this door — the back entrance." And snatching the other candles from the table, she led me through the neighboring room into the back part of the house. Here was a door opening from a sort of scullery into the orchard. I turned the rusty lock and we passed out and stood in the cool air, beneath the stars.

Here my companion gathered her black drapery about her, and stood for a moment, hesitating. I had been infinitely flurried, but my curiosity touching her was uppermost. Agitated, pale, picturesque, she looked, in the early evening light, very beautiful.

"You have been playing all these years a most extraordinary game," I said.

She looked at me somberly, and seemed disinclined to reply. "I came in perfect good faith," I went on. "The last time — three months ago — you remember? — you greatly frightened me."

"Of course it was an extraordinary game," she answered at last. "But it was the only way."

"Had he not forgiven you?"

"So long as he thought me dead, yes. There have been things in my life he could not forgive."

I hesitated and then — "And where is your husband?" I asked.

"I have no husband — I have never had a husband."

She made a gesture which checked further questions, and moved rapidly away. I walked with her round the house to the road, and she kept murmuring — "It was he — it was he!" When we reached the road she stopped, and asked me which way I was going. I pointed to the road by which I had come, and she said — "I take the other. You are going to my father's?" she added.

"Will you let me know to-morrow what you have found?"

"With pleasure. But how shall I communicate with you?"

She seemed at a loss, and looked about her, "Write a few words," she said, "and put them under that stone." And she pointed to one of the lava slabs that bordered the old well. I gave her my promise to comply, and she turned away. "I know my road," she said. "Everything is arranged. It's an old story."

Both the daughter and father "know their road." 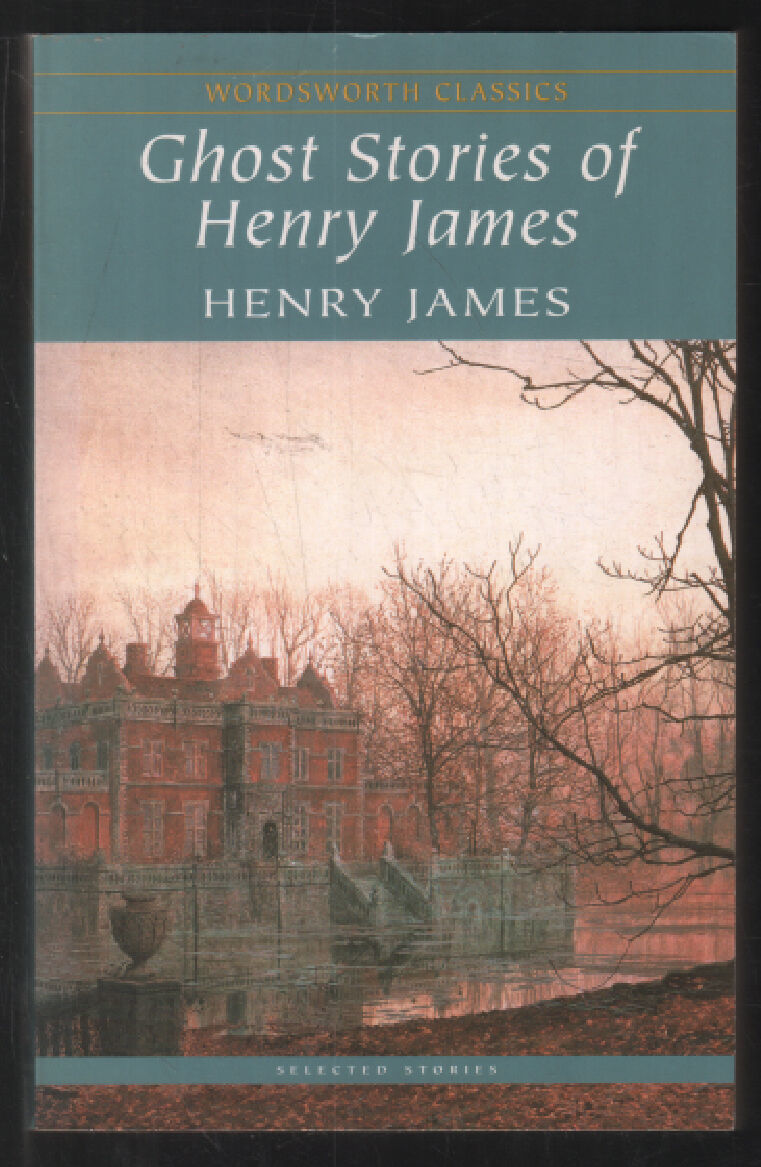 Posted by Jay Rothermel at 3:46 PM