Black flies, worms, and the lord of lies: The Sanctuary by E.F. Benson

"The Sanctuary" (1934) by E.F. Benson is a particularly unsettling story. It smacks of buried secrets and the inappropriate attentions of adults toward children.

An excerpt from near the beginning of the story:

....Francis knew very little of his uncle, who for a long time had been much of a recluse; indeed he had not seen him for nearly four years, when he had spent three days with him at this house at Wedderburn. He had vague but slightly uneasy memories of those days, and now on his journey home, as he lay in his berth in the rocking train, his brain, rummaging drowsily among its buried recollections, began to disinter these. There was nothing very definite about them: they consisted of suggestions and side-lights and oblique impressions, things observed, so to speak, out of the corner of his eye, and never examined in direct focus.

He had only been a boy at the time, having just left school, and it was in the summer holidays, hot sultry weather of August, he remembered, that he had paid him this visit, before he went to a crammer's in London to learn French and German.

There was his Uncle Horace, first of all, and of him he had vivid images. A grey-haired man of middle age, large and extremely stout with a cushion of jowl overlapping his collar, but in spite of this obesity, he was nimble and light in movement, and with a merry blue eye that was equally alert, and seemed constantly to be watching him. Then there were two women there, a mother and daughter, and, as he recalled them, their names occurred to him, too: they were Mrs. Isabel Ray and Judith. Judith, he supposed, was a year or two older than himself, and on the first evening had taken him for a stroll in the garden after dinner. She had treated him at once as if they were old friends, had walked with her arm round his neck, had asked him many questions about his school, and whether there was any girl he was keen on. All very friendly, but rather embarrassing. When they came in from the garden, certainly some questioning signal had passed between the mother and the girl, and Judith had shrugged her shoulders in reply.

Then the mother had taken him in hand; she made him sit with her in the window-seat, and talked to him about the crammer's he was going to: he would have much more liberty, she supposed, than he had at school, and he looked the sort of boy who would make good use of it. She tried him in French and found he could speak it very decently, and told him that she had a book which she had just finished, which she would lend him. It was by that exquisite stylist Huysman and was called Là-Bas. She would not tell him what it was about: he must find out for himself. All the time those narrow grey eyes were fixed on him, and when she went to bed, she took him up to her room to give him the book. Judith was there, too: she had read it, and laughed at the memory of it. "Read it, darling Francis," she said, "and then go to sleep immediately, and you will tell me to-morrow what you dreamed about, unless it would shock me."

The vibrating rhythm of the train made Francis drowsy, but his mind went on disinterring these fragments. There had been another man there, his uncle's secretary, a young fellow, perhaps twenty-five years old, clean-shaven and slim and with just the same gaiety about him as the rest. Everyone treated him with an odd sort of deference, hard to define but easy to perceive. He sat next to Francis at dinner that night, and kept filling his wine-glass for him whether he wanted it or not, and next morning he had come into his room in pyjamas, sat on his bed, looked at him with odd questioning eyes, had asked him how he got on with his book, and then taken him to bathe in the swimming-pool behind the belt of trees at the bottom of the garden.... No bathing-costume, he said, was necessary, and they raced up and down the pool and lay basking in the sun afterwards. Then from the belt of trees emerged Judith and her mother, and Francis, much embarrassed, draped himself in a towel. How they all laughed at his delightful prudery.... And what was the man's name? Why, of course, it was Owen Barton, the same who had been mentioned in Mr. Angus's letter as the Reverend Owen Barton. But why "reverend," Francis wondered. Perhaps he had taken Orders afterwards.

All day they had flattered him for his good looks, and his swimming and his lawn-tennis: he had never been made so much of, and all their eyes were on him, inviting and beckoning. In the afternoon his uncle had claimed him: he must come upstairs with him and see some of his treasures. He took him into his bedroom, and opened a great wardrobe full of magnificent vestments. There were gold-embroidered copes, there were stoles and chasubles with panels of needlework enriched with pearls, and jewelled gloves, and the use of them was to make glorious the priests who offered prayer and praise to the Lord of all things visible and invisible. Then he brought out a scarlet cassock of thick shimmering silk, and a cotta of finest muslin trimmed round the neck and the lower hem with Irish lace of the sixteenth century. These were for the vesting of the boy who served at the Mass, and Francis, at his uncle's bidding, stripped off his coat and arrayed himself, and took off his shoes and put on the noiseless scarlet slippers which were called sanctuary shoes. Then Owen Barton entered, and Francis heard him whisper to his uncle, "God! What a server!" and then he put on one of those gorgeous copes and told him to kneel.

The boy had been utterly bewildered. What were they playing at, he wondered. Was it charades of some sort? There was Barton, his face solemn and eager, raising his left hand as if in blessing: more astonishing was his uncle, licking his lips and swallowing in his throat, as if his mouth watered. There was something below all this dressing-up, which meant nothing to him, but had some hidden significance for the two men. It was uncomfortable: it disquieted him, and he wouldn't kneel, but disrobed himself of the cotta and cassock. "I don't know what it's about," he said: and again, as between Judith and her mother, he saw question and answer pass between them. Somehow his lack of interest had disappointed them, but he felt no interest at all: just a vague repulsion.

The diversions of the day were renewed: there was more tennis and bathing, but they all seemed to have lost the edge of their keenness about him. That evening he was dressed rather earlier than the others, and was sitting in a deep window-seat of the drawing-room, reading the book Mrs. Ray had lent him. He was not getting on with it; it was puzzling, and the French was difficult: he thought he would return it to her, saying that it was beyond him. Just then she and his uncle entered: they were talking together, and did not perceive him.

"No, it's no use, Isabel," said his uncle. "He's got no curiosity, no leanings: it would only disgust him and put him off. That's not the way to win souls. Owen thinks so, too. And he's too innocent: why when I was his age ... Why, there's Francis. What's the boy reading? Ah, I see! What do you make of it?"

Somehow Francis got the impression, he remembered, that they had been talking about him. But, if so, what was it for which he had no leanings?

He had gone to bed rather early that night, encouraged, he thought, to do so, leaving the rest at a game of Bridge. He soon slept, but awoke, thinking he heard the sound of chanting. Then came three strokes of a bell, and a pause and three more. He was too sleepy to care what it was about. 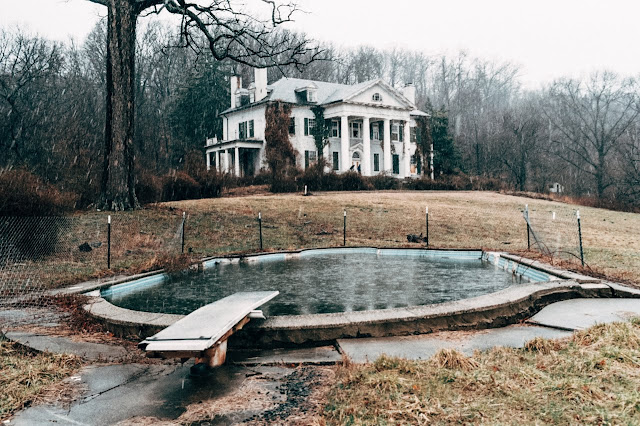 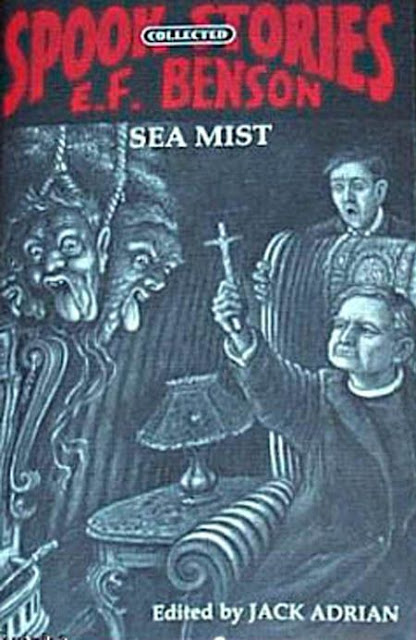 Posted by Jay Rothermel at 5:42 AM