"The Thing from Outside" (1923) by George Allan England

Readers unfamiliar with "The Thing from Outside" may prefer to read these notes only after reading the story.

Presently darkness folded down. The men smoked, thankful that tobacco still held out. Vivian lay in a bunk that Jandron had piled with spruce-boughs for her, and seemed to sleep. The Professor fretted like a child, over the blisters his paddle had made upon his hands. Marr laughed, now and then; though what he might be laughing at was not apparent. Suddenly he broke out: "After all, what should It want of us?"

"Our brains, of course," the Professor answered, sharply.

"That lets Jandron out," the journalist mocked.

"But," added the Professor, "I can't imagine a Thing callously destroying human beings. And yet—"

He stopped short, with surging memories of his dead wife. "What was it," Jandron asked, "that destroyed all those people in Valladolid, Spain, that time so many of 'em died in a few minutes after having been touched by an invisible Something that left a slight red mark on each? The newspapers were full of it."

"I tell you," insisted Jandron, "there are forms of life as superior to us as we are to ants. We can't see 'em. No ant ever saw a man. And did any ant ever form the least conception of a man? These Things have left thousands of traces, all over the world. If I had my reference-books—"

"Tell that to the marines!"

"Charles Fort, the greatest authority in the world on unexplained phenomena," persisted Jandron, "gives innumerable cases of happenings that science can't explain, in his Book of the Damned. He claims this earth was once a No-Man's Land where all kinds of Things explored and colonized and fought for possession. And he says that now everybody's warned off, except the Owners. I happen to remember a few sentences of his: 'In the past, inhabitants of a host of worlds have dropped here, hopped here, wafted, sailed, flown, motored, walked here; have come singly, have come in enormous numbers; have visited for hunting, trading, mining. They have been unable to stay here, have made colonies here, have been lost here.' "

"Poor fish, to believe that!" mocked the journalist, while the Professor blinked and rubbed his bulging forehead.

"I do believe it!" insisted Jandron. "The world is covered with relics of dead civilizations, that have mysteriously vanished, leaving nothing but their temples and monuments."

"How about Easter Island? How about all the gigantic works there and in a thousand other places—Peru, Yucatan and so on—which certainly no primitive race ever built?"

"That's thousands of years ago," said Marr, "and I'm sleepy. For heaven's sake, can it!"

"Oh, all right. But how explain things, then!"

"What the devil could one of those Things want of our brains?" suddenly put in the Professor. "After all, what?"

"Well, what do we want of lower forms of life? Sometimes food. Again, some product or other. Or just information. Maybe It is just experimenting with us, the way we poke an ant-hill. There's always this to remember, that the human brain-tissue is the most highly organized form of matter in this world."

"It might want brain-tissue for food, for experimental purposes, for lubricant—how do I know?" 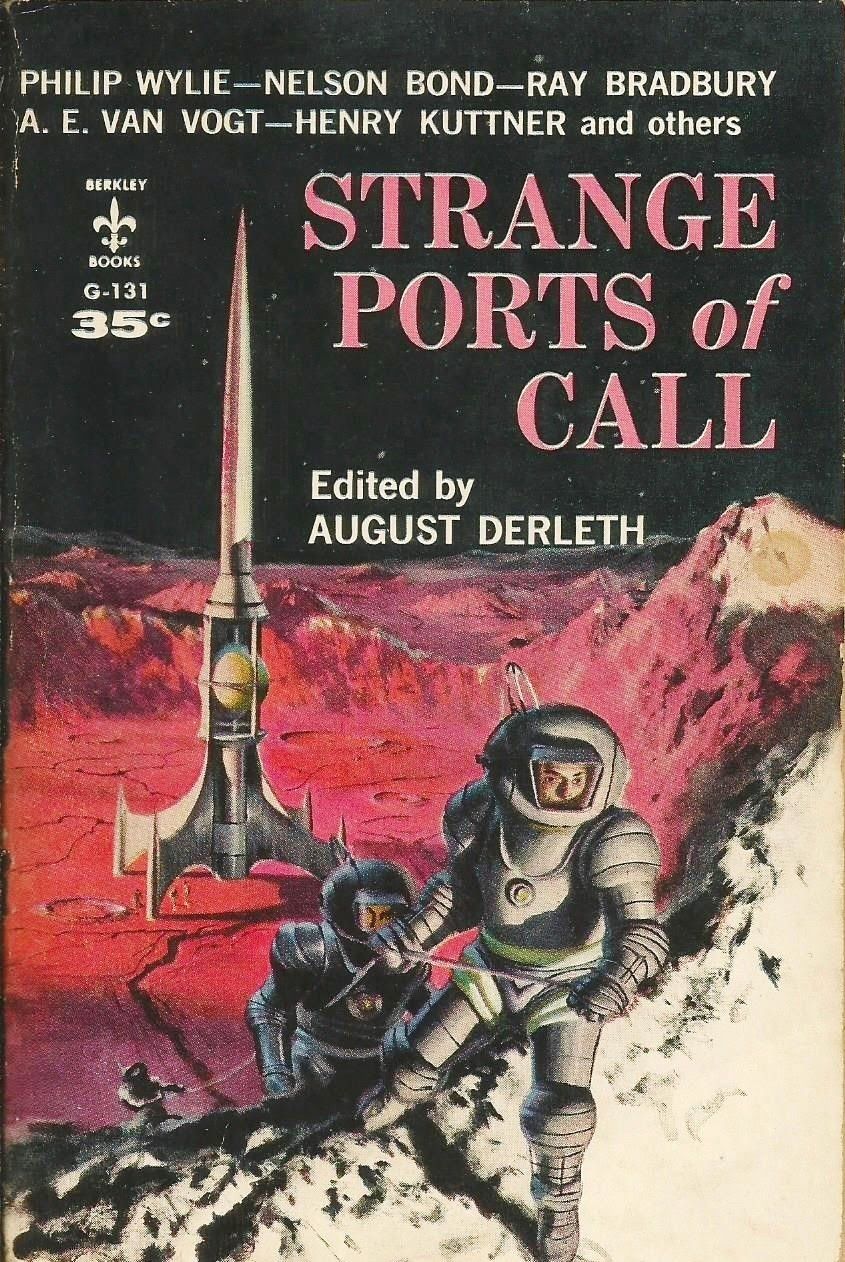 "The Thing from Outside" (1923) by George Allan England looks back to certain works by Algernon Blackwood, particularly "The Willows" and "The Wendigo." It also anticipates some later genre tropes of cosmic horror. These elements are all bunched-up with Gernsback-scale melodrama. Still, "The Thing from Outside" keeps struggling to overcome, and keeps introducing unexpected and uncanny moments of real power.

The three men smoked. The two women huddled close to each other. Fireglow picked their faces from the gloom of night among the dwarf firs. A splashing murmur told of the Albany River's haste to escape from the wilderness, and reach the Bay.

"I don't see what there was in a mere circular print on a rock-ledge to make our guides desert," said Professor Thorburn. His voice was as dry as his whole personality. "Most extraordinary!"

"They knew what it was, all right," answered Jandron, geologist of the party. "So do I." He rubbed his cropped mustache. His eyes glinted grayly. "I've seen prints like that, before. That was on the Labrador. And I've seen things happen, where they were."

"Something surely happened to our guides, before they'd got a mile into the bush," put in the Professor's wife; while Vivian, her sister, gazed into the fire that revealed her as a beauty, not to be spoiled even by a tam and a rough-knit sweater. "Men don't shoot wildly, and scream like that, unless—"

Five individuals in the Canadian north are abandoned by their guides and have to fight their way by river and portage to the nearest railhead, weeks away. As they do so, strange circular footprints appear: something is stalking them.

As the protagonists travel, it also becomes clear the thing from outside is intentionally or unintentionally disorienting them. One character thinks they are fighting their way upstream; another knows they are headed downstream. One thinks the sun has vanished; another, that it is still summer. One man wakes one morning covered in snow and fears he has been asleep for a month.

Time dilation, slingshot narrative jumps, and predicaments demanding negative capability or equipoise of characters, used often in later horror fiction,  are all anticipated in "The Thing from Outside."

….And silence fell upon the little night-encampment in the wilds; a silence that was ominous. 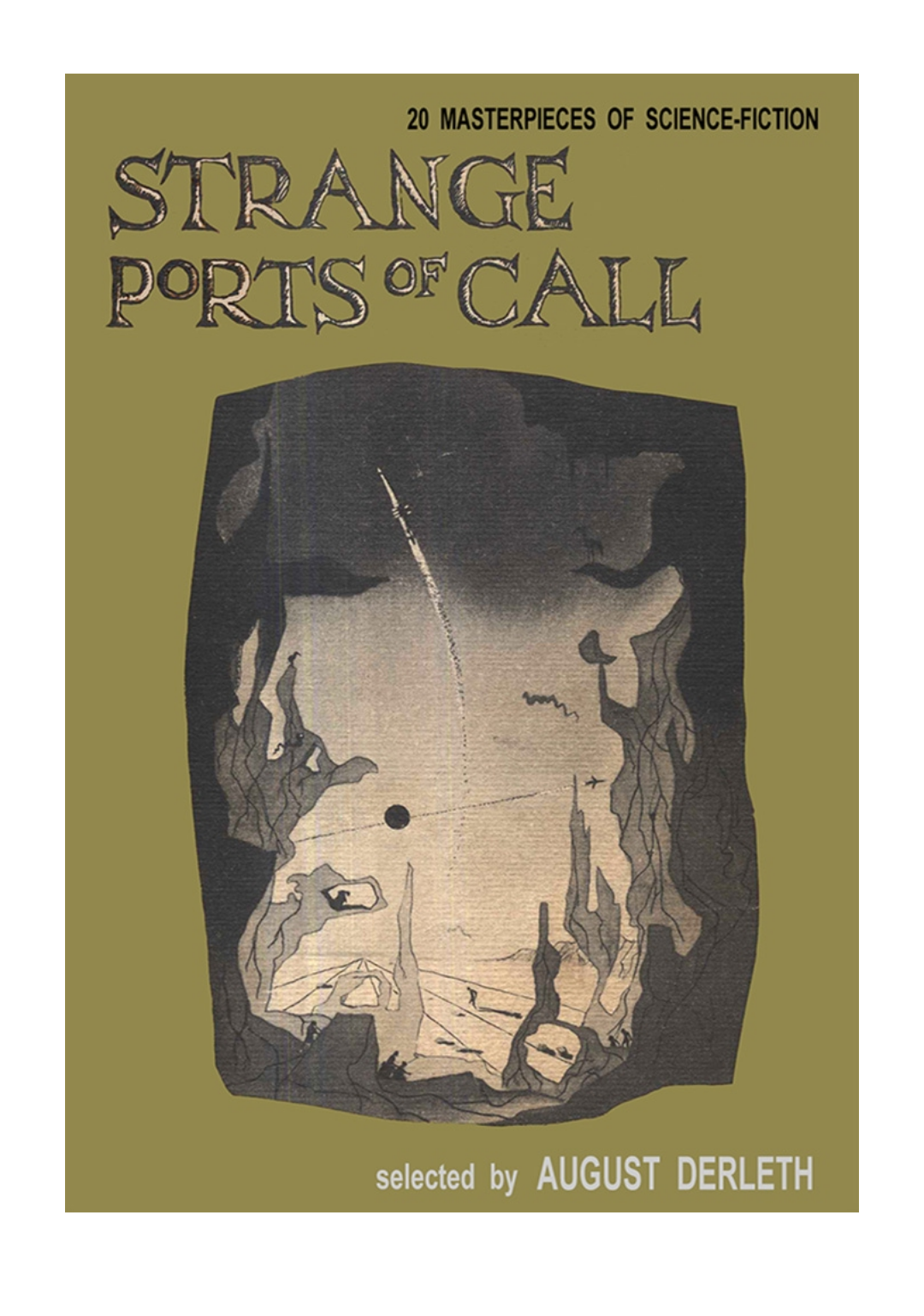 Posted by Jay Rothermel at 7:25 AM