The Fantastika of Gore Vidal: Messiah (1954)

In these early pages from one of Vidal's novels, mid century flying saucer sightings and their repercussions are clocked: the Washington, D.C. flap, the Flatwoods incident, and even Jung's statements. The allusions are oblique, but the author was clearly curious enough to follow the events and pull them into his novel about death, secularism, and new dogmas replacing old.

There is such a brittle perfection in these early, aphoristic pages of Messiah. I'm in awe of lines like: "....For several nights I watched these eccentric twins but then, carried away by enthusiasm, I began to confuse Mars and Saturn with my magic lights until at last I thought it wise to remain indoors, except for those brief days at summer's end when I watched, as I always used to do, the lovely sudden silver arcs meteors plunging make."

Stars fell to earth in a blaze of light and, where they fell, monsters were born, hideous and blind.

The first dozen years after the second of the modern wars were indeed "a time of divination," as one religious writer unctuously described them. Not a day passed but that some omen or portent was remarked by an anxious race, suspecting war. At first, the newspapers delightedly reported these marvels, getting the details all wrong but communicating that sense of awfulness which was to increase as the years of peace uneasily lengthened until a frightened people demanded government action, the ultimate recourse in those innocent times.

Yet these omens, obsessive and ubiquitous as they were, would not yield their secret order to any known system. For instance, much of the luminous crockery which was seen in the sky was never entirely explained. And explanation, in the end, was all that the people required. It made no difference how extraordinary the explanation was, if only they could know what was happening: that the shining globes which raced in formation over Sioux Falls, South Dakota, were mere residents of the Andromeda Galaxy, at home in space, omnipotent and eternal in design, on a cultural visit to our planet . . . if only this much could definitely be stated, the readers of newspapers would have felt secure, able in a few weeks' time to turn their attention to other problems, the visitors from farther space forgotten. It made little difference whether these mysterious blobs of light were hallucinations, inter-galactic visitors or military weapons, the important thing was to explain them.

To behold the inexplicable was perhaps the most unpleasant experience a human being of that age could know, and during that gaudy decade many wild phenomena were sighted and recorded.

In daylight, glittering objects of bright silver maneuvered at unearthly speed over Washington, D. C., observed by hundreds, some few reliable. The government, with an air of spurious calm, mentioned weather balloons, atmospheric rejections, tricks-of-eye, hinting, to, as broadly as it dared, that a sizable minority of its citizens were probably subject to delusions and mass hysteria. This cynical view was prevalent inside the administration though it could not of course propound such a theory publicly since its own tenure was based, more or less solidly, on the franchise of those same hysterics and irresponsibles.

Shortly after the mid-point of the century, the wonders increased, becoming daily more bizarre. The recent advance in atomic research and in jet-propulsion had made the Western world disagreeably aware of other planets and galaxies and the thought that we would soon be making expeditions into space was disquieting, if splendid, giving rise to the not illogical thought that life might be developing on other worlds somewhat more brilliantly than here at home and, further, that it was quite conceivable that we ourselves might receive visitors long before our own adventuring had begun in the starry blackness which contains our life, like a speck of phosphorus in a quiet sea. And since our people were (and no doubt still are) barbarous and drenched in superstition, like the dripping "Saved" at an old-time Texas baptism, it was generally felt that these odd creatures whose shining cars flashed through our poor heavens at such speed must, of necessity, be hostile and cruel and bent on world dominion, just like ourselves or at least our geographic neighbors.

The evidence was horrific and plentiful: In Berlin a flying object of unfamiliar design was seen to land by an old farmer who was so close to it that he could make out several little men twinkling behind an arc of windows. He fled, however, before they could eat him. Shortly after his breathless announcement to the newspapers, he was absorbed by an Asiatic government whose destiny it was at that time to regularize the part of humanity fortunate enough to live within its curiously elastic boundaries, both temporal and spiritual.

In West Virginia, a creature ten feet tall, green with a red face and exuding a ghastly odor, was seen to stagger out of a luminous globe, temporarily grounded. He was observed by a woman and four boys, all of unquestionable probity; they fled before he could eat them. Later, in the company of sheriff and well-armed posse, they returned to the scene of horror only to find both monster and conveyance gone: but even the skeptical sheriff and his men could detect, quite plainly, an unfamiliar odor, sharp and sickening among the clean pines.

This particular story was unique because it was the first to describe a visitor as being larger instead of smaller than a man, a significant proof of the growing anxiety: we could handle even the cleverest little creature but something huge, and green, with an awful odor . . . it was too much.

I myself, late one night in July of the mid-century, saw quite plainly from the eastern bank of the Hudson River where I lived, two red globes flickering in a cloudless sky. As I watched, one moved to a higher point at a forty-five-degree angle above the original plane which had contained them both. For several nights I watched these eccentric twins but then, carried away by enthusiasm, I began to confuse Mars and Saturn with my magic lights until at last I thought it wise to remain indoors, except for those brief days at summer's end when I watched, as I always used to do, the lovely sudden silver arcs meteors plunging make.

For several nights I watched these eccentric twins but then, carried away by enthusiasm, I began to confuse Mars and Saturn with my magic lights until at last I thought it wise to remain indoors, except for those brief days at summer's end when I watched, as I always used to do, the lovely sudden silver arcs meteors plunging make. 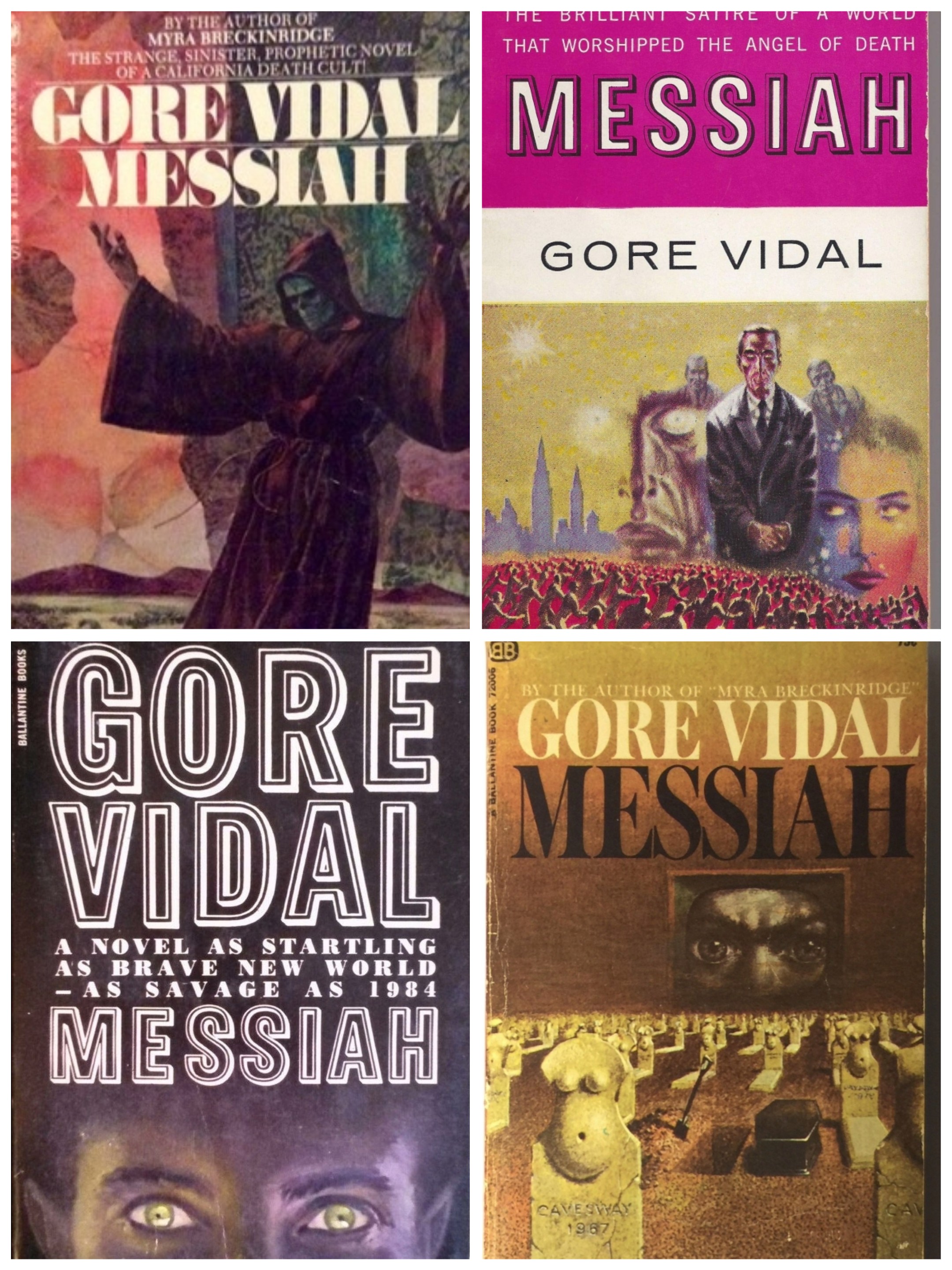 Posted by Jay Rothermel at 8:59 AM