'From somewhere down the darkened hall a door slammed.' 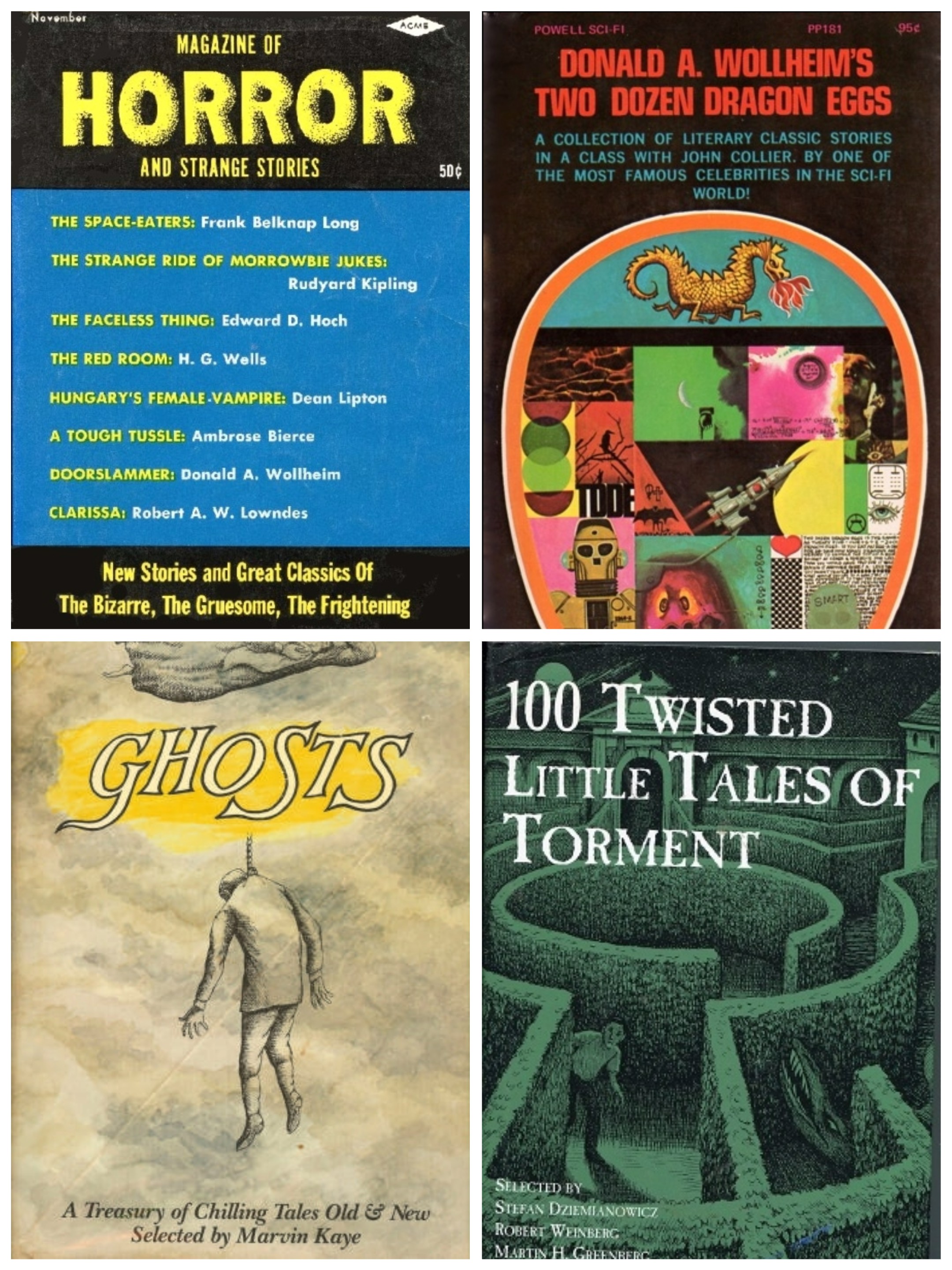 A young accountant and his boss are working late on the twentieth floor of their NYC office building. They take a break just before midnight, and the boss explains the slammed door sound, a frequent recurrence. 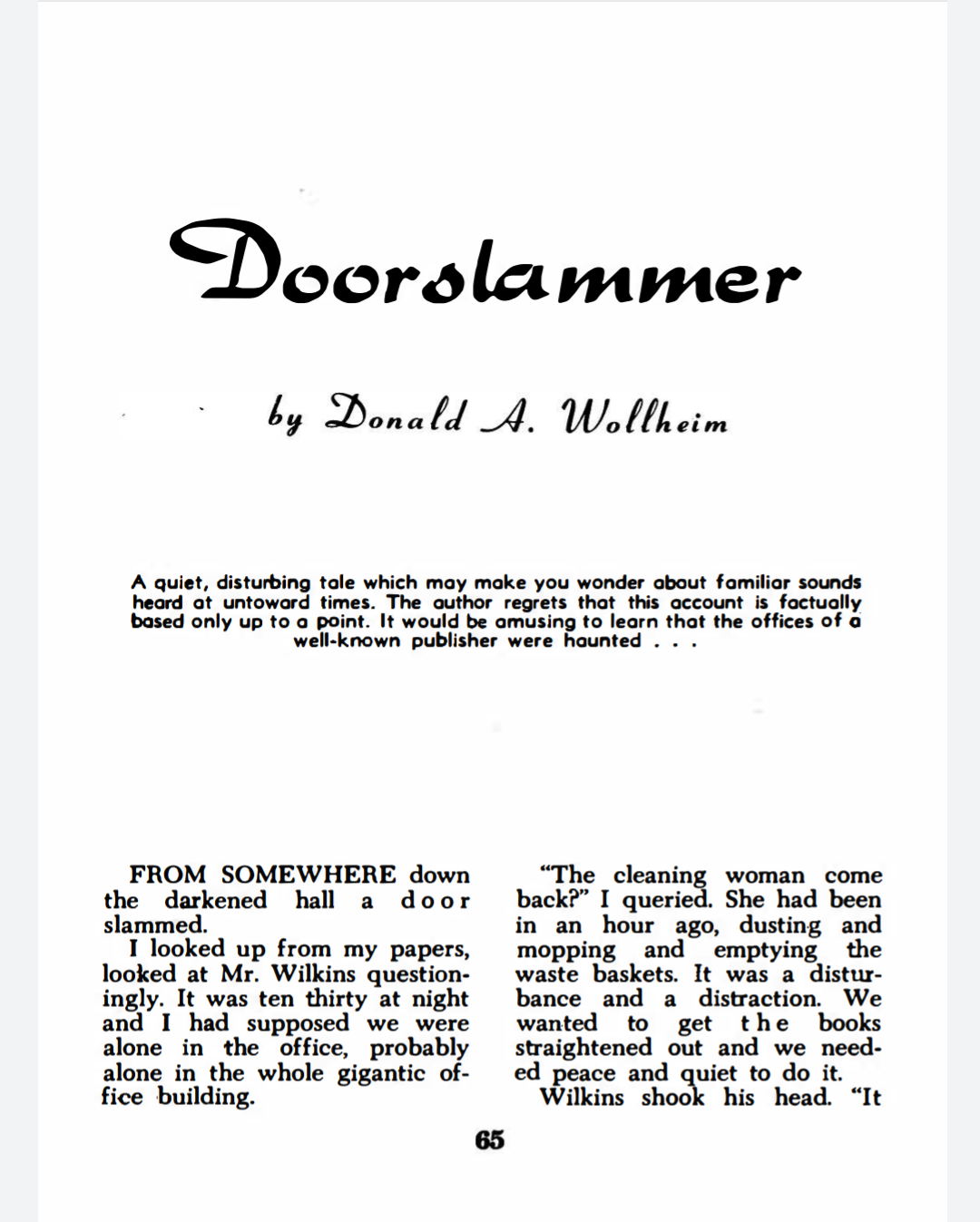 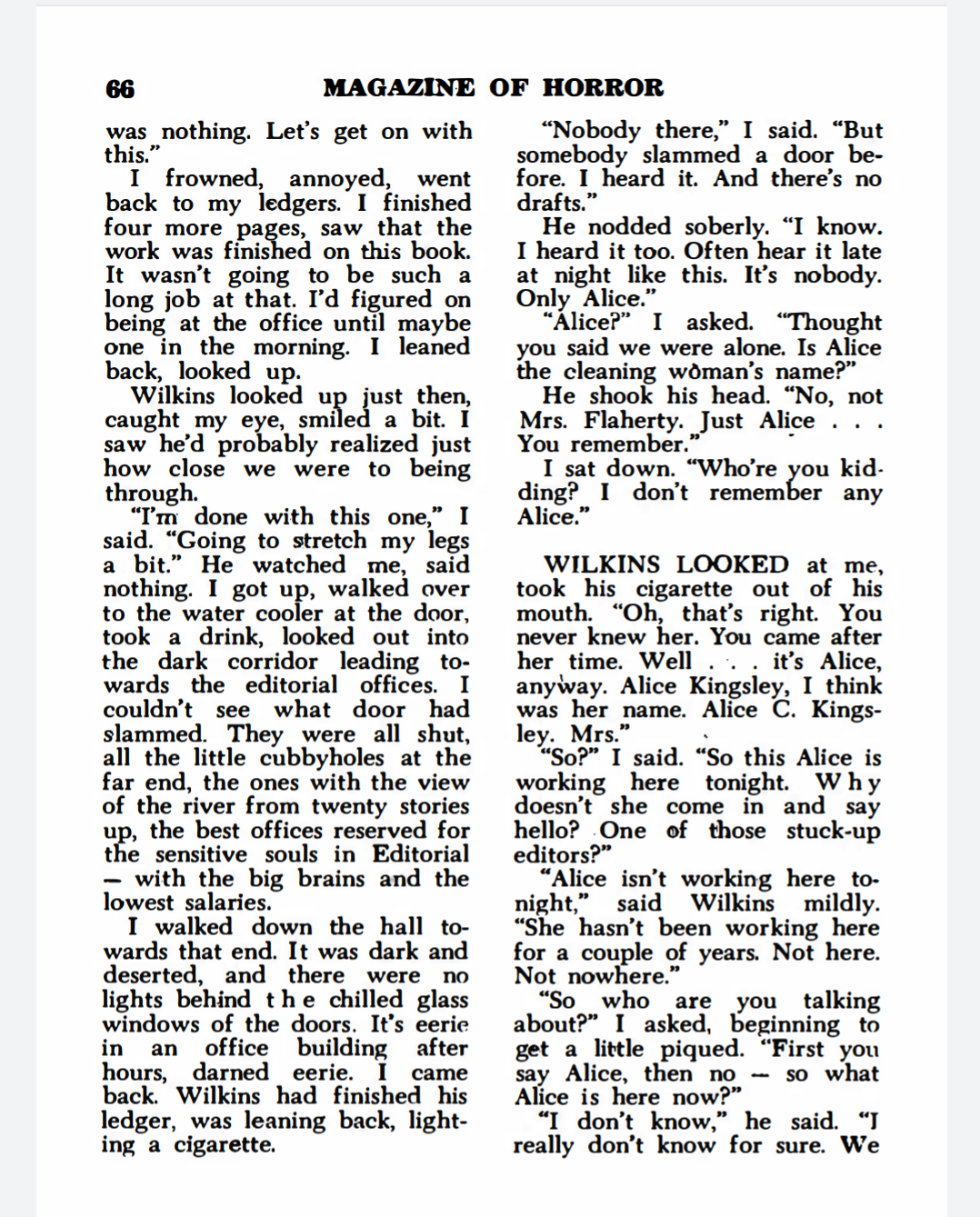 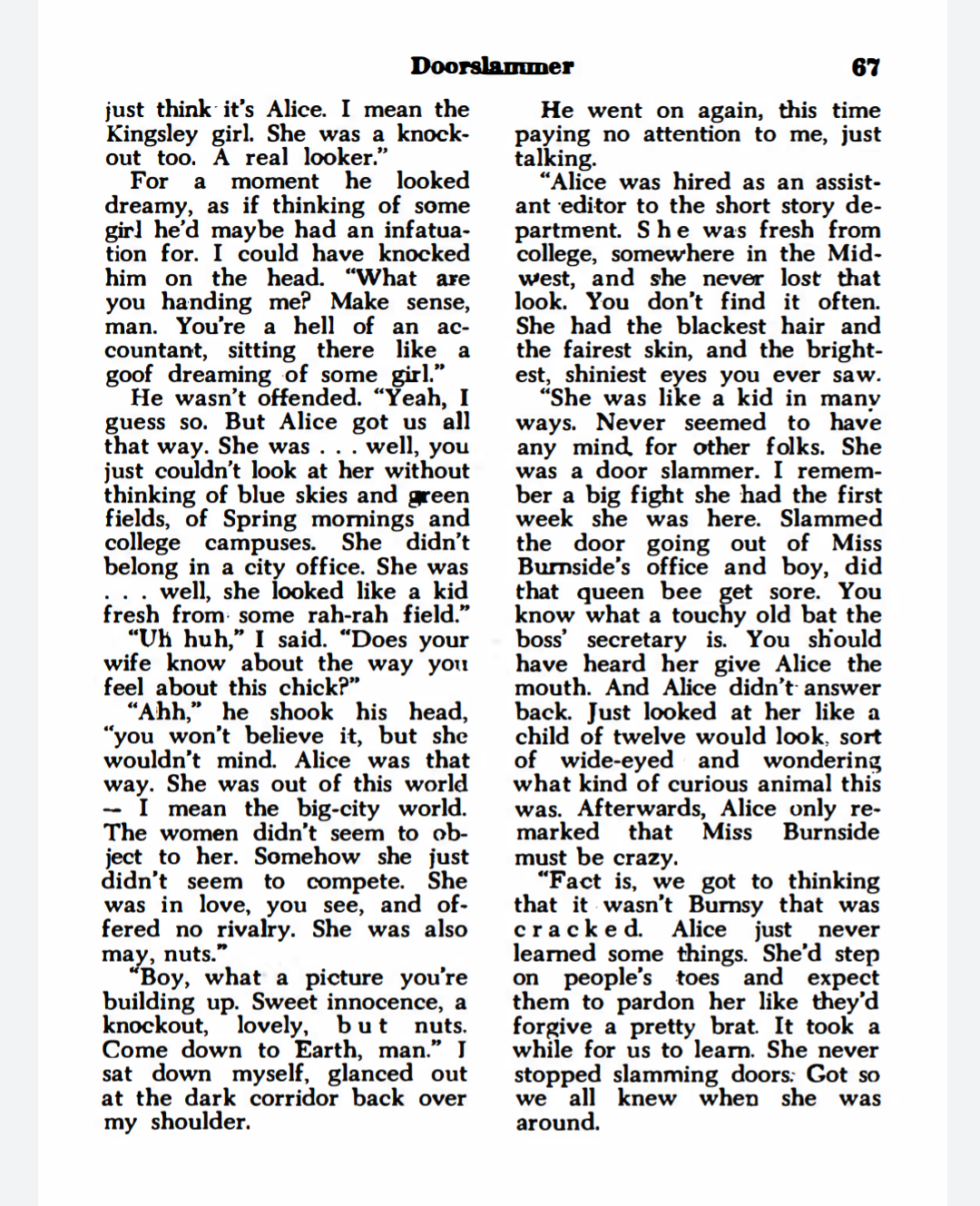 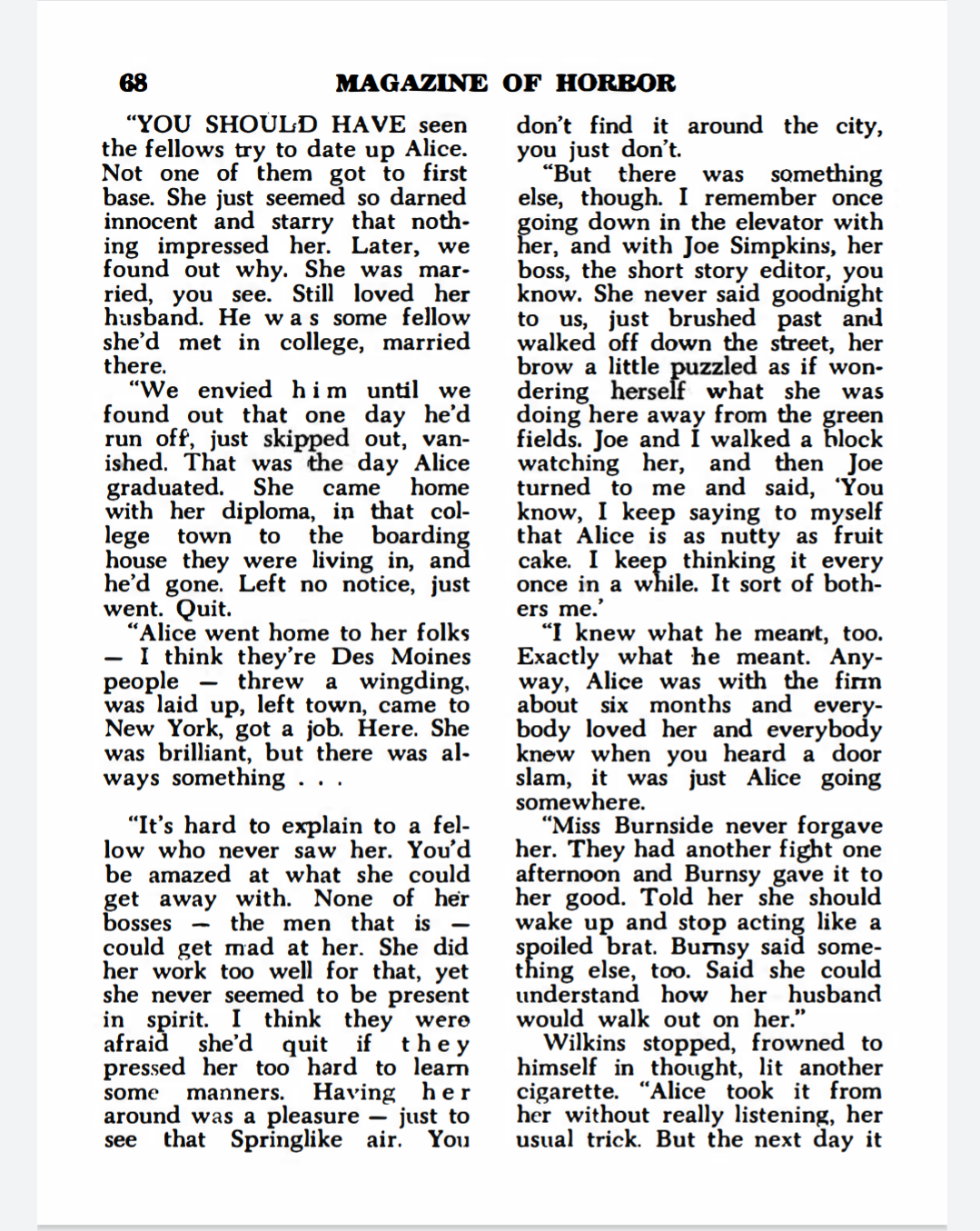 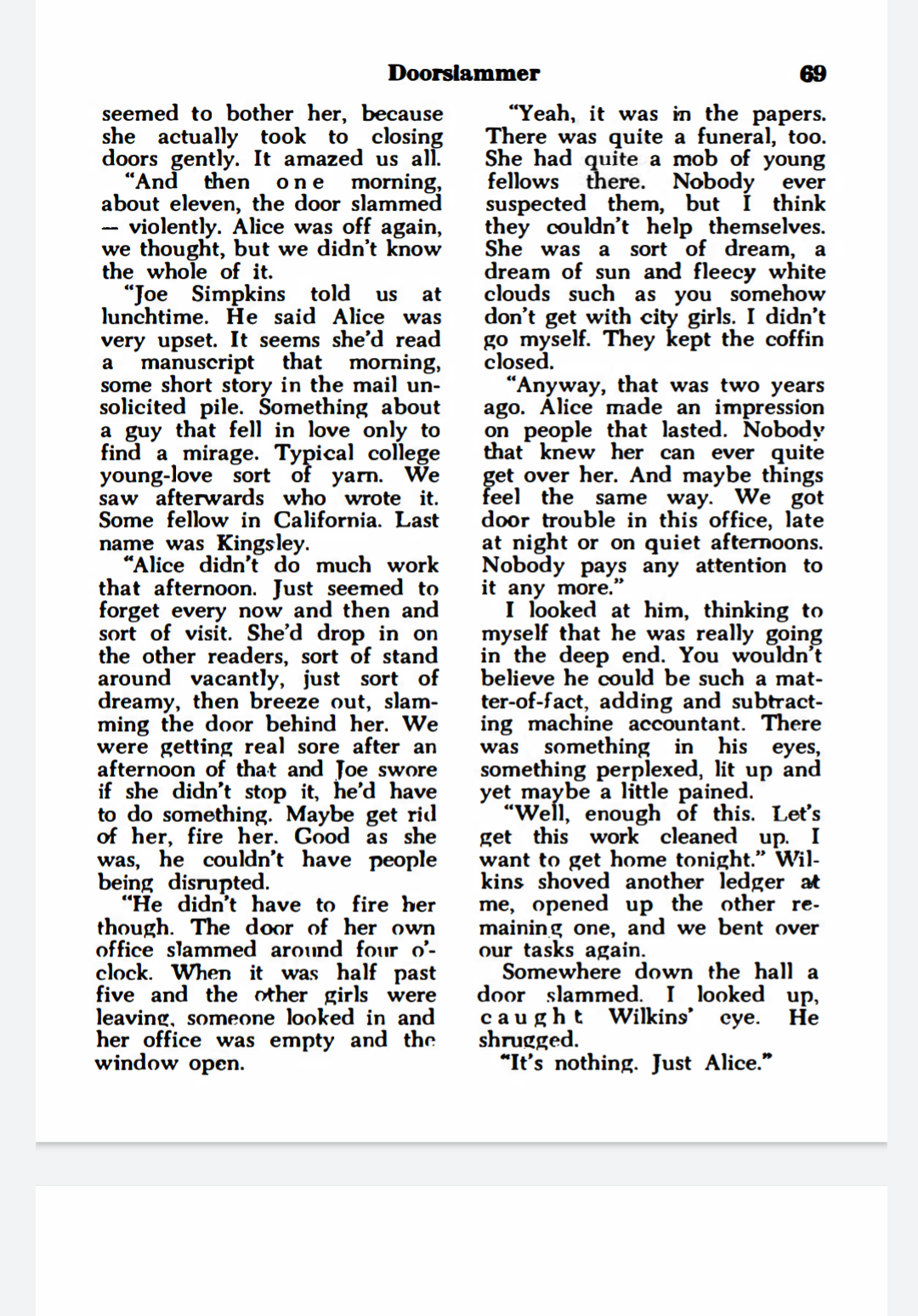 "Doorslammer" (1963) is a story so precise and elegant that it is hard to forget. (I have not since I first read it a quarter century ago). Initially I found it in the Barnes and Noble instant-remainder anthology 100 Twisted Little Tales of Torment. Marvin Kaye also collected it in Ghosts: A Treasury of Chilling Tales Old and New, a title I'm sure former members of the Science Fiction Book Club will be familiar with.

Donald A. Wollheim wrote several stories about uncanny or outré events and experiences on the island of the Manhattoes, subsequently collected in Two Dozen Dragon Eggs. Most famous is probably "Mimic." The story "The Rag Thing" also strongly employs this urban horror vibe.

Indeed, so compelling was "Doorslammer" in my memory that for a long time I misremembered it as a work of the pope of urban horror, Fritz Leiber.

P.S. An amateur audio version can be found here.

Posted by Jay Rothermel at 5:09 PM

Email ThisBlogThis!Share to TwitterShare to FacebookShare to Pinterest
Labels: Donald A. Wollheim