When Worlds Collide (1933) by Edwin Balmer and Philip Wylie

The 1933 novel When Worlds Collide by Edwin Balmer and Philip Wylie is the kind of high-concept sci-fi that has had remarkable longevity. All those things Thomas Disch rightly called the embarrassments of SF are present: eugenics, women's oppression, slide rule fascism by magnates.

When disaster from space makes its first pass, about 1/5 of the population survives floods, earthquakes, and volcanic eruptions.

The enclave in Michigan set up to build a Noah's ark of the best genetic stock to depart earth before a final encounter with rogue planet Bronson Alpha is beset by armies of those displaced and starving from disaster.

Naturally, the great unwashed peoples of the US have degenerated into savagery:

....Wanderers from other places began to discover the camp. While they were few in number, it was possible to feed and clothe and even shelter them, at least temporarily. Then there was no choice but to give them a meal and send them away. But daily the dealings with the desperate, reckless groups became more and more ugly and hazardous.

Tony found that Hendron long ago had forseen the certainty of such emergencies, and had provided against it. Tony himself directed the extension of the protection of the camp by a barrier of barbed-wire half a mile beyond the buildings. There were four gates which he sentineled and where he turned back all vagrant visitors. If this was cruelty, he had no alternative but chaos. Let the barriers be broken, and the settlement would be overwhelmed.

But bigger and uglier bands continued to come. It became a commonplace to turn them back at the bayonet-point and under the threat of machine-guns. Tony had to forbid, except in special cases, the handing out of rations to the vagrants. The issuance of food not only permitted the gangs to lurk in the neighborhood, but it brought in others. It became unsafe for any one-man or woman-to leave the enclosure except by airplane.

Rifles cracked from concealments, and bullets sang by; some found their marks.

Ransdell scouted the surroundings from the air; and Tony and three others, unshaven and disheveled, crept forth at night and mingled with the men besieging the camp. They discovered that Hendron's group was hopelessly outnumbered.

"What saves us for the time," Tony reported to Hendron on his return, "is that they're not yet united. They are gangs and groups which fight savagely enough among themselves, but in general tolerate each other. They join on only one thing. They want to get in here. They want to get us--and our women.

"There are women among them, but not like ours; and they are too few for so many men. Our women also would be too few--but they want them.

"They talk about smashing in here and getting our food, our shelters--and our women. They'd soon be killing each other in here, after they wiped us out. That desire--and hate of us--is their sole force of cohesion."

Hendron considered silently. "There was no way for us to avoid that hate. And there is no hate like that of men who have lost their morale, against those who have retained it."

Tony looked away. "If they get in, we'll see something new in savagery."

The attack began on the following night. It began with gunfire, raking the barriers. A siren on top of the powerhouse sounded a wholly unnecessary warning. "Women to cover! Men to arms!"

Low on the horizon that night, which was speckled here by gunfire, shone two new evening stars.

They were the Bronson Bodies which now had turned about the sun and were rushing toward their next meeting-place with the earth: one of them to offer itself for refuge, the other to end the world forever. 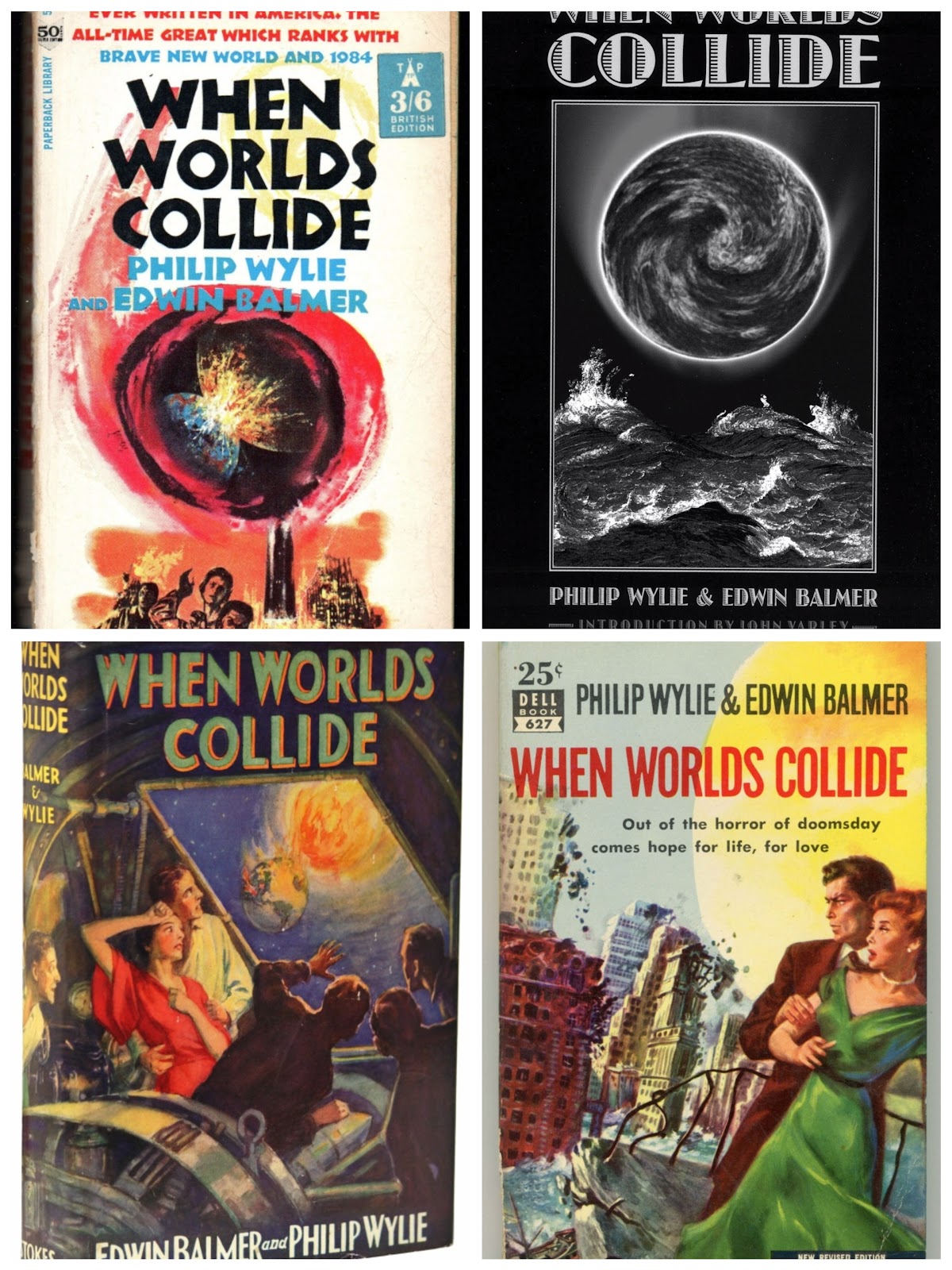 Posted by Jay Rothermel at 9:31 AM