Bury Him Darkly (1969) by John Blackburn

Bury Him Darkly (1969) by John Blackburn is a UK thriller with strong horror and science fiction elements driving its plot forward.

The buried man, buried in the 18th century after a late-flowering burst artistic and sexual fecundity, is Sir Martin Railstone. Commonly believed to be a devil-worshiper, he is the object of present-day reverence by a powerful UK magnate and an echelon of civil servants. They conspire and demand the opening of his tomb, which they think is crammed with intellectual and aesthetic treasures.

But this cult is facing a deadline. The government will soon flood the valley where Railstone's estate is situated, as well as the nearby cathedral housing his crypt.

Blackburn builds this countdown intensity as Railstone's worshippers and opponents are each thwarted, then allowed steps forward, by virtue of chicanery, double-cross, and bureaucratic maneuvering.

The scope and consequence of what the searchers uncover is truly staggering, and Blackburn's bravura confidence in handling this in under 200 pages is a delight.

The novel recalled to me the SF social crisis films and TV produced in the UK when London's place in the sun dissolved: Quatermass, Doctor Who in the Pertwee/Baker years, "The Day the Earth Caught Fire," "Doomwatch."

A Simon Raven cultist can only smile at this scene, in which a clergyman attempts to open Railstone's tomb, which is graced with a large penis carved into the lid of the sarcophagus:

....'Dr Norseman, stop it. Please come away from the slab.' The feeling of impending danger had become intolerable and Mary couldn't control herself. 'There is something behind that stone. I can sense it: something horrible!'

'Naturally there is. That is one of the reasons why we are here. But there's no need to be neurotic. Just take the torch and hold it steady, there's a good girl.

'Yes, excellent.' He inserted the flat end of the blade into the gap and bore down on the handle. The metal creaked against the flagstones, gained a fulcrum, and the slab started to move. The first guardian struck.

John was adjusting his camera at the time and he never saw how it happened, though the crash of metal, Mary's screams and the Dean's sudden bellow of agony brought his face up with a jerk. What he saw then would remain with him for the rest of his life, and later made him remember that an earlier, pre-Christian version of the Grail story described it, not as a cup, but as a spear which dripped with blood. A long bronze shaft held Norseman suspended against the bars of the cage, and the tip of the proud, rampant phallus protruded from between his shoulder blades.... 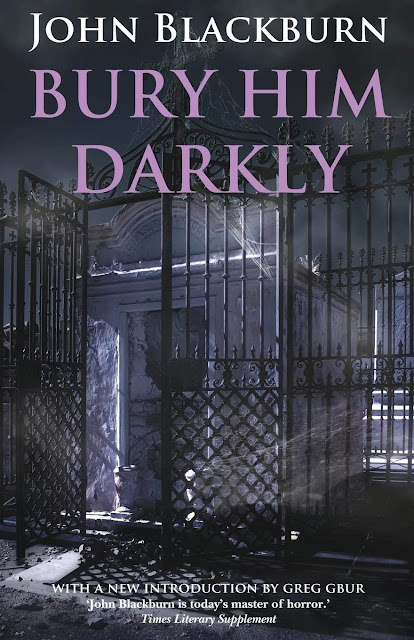 Posted by Jay Rothermel at 4:35 AM