....Dudley hit the parking lot, hell-hounded. He bagged his car and tapped the siren. The sound smothered fading screams.

Dublin, 1919. Black and Tans fire into a Grafton Street crowd. His brother James dies. He hides in a refuse bin. He's fourteen. His world is all sirens and screams.

He took Broadway to the Arroyo Seco. The parkway shot him straight north. He dry-swallowed two Benzedrine.

He cut through Pasadena and Glendale. He took dirt roads to the northeast Valley. They were rutted and rock-strewn. He dropped into low gear.

He had a Watanabe farm map. He'd disinterred before. Dublin, '22. He located buried British guns outside Galway. Joe Kennedy supplied his cell with metal detectors.

There's the Watanabe farm. There's the kanji-script sign. It means "Gate to Japan."

The bennies tapped his bloodstream. It was all one big long shot. The lead weights on the body rang credible. The "dirt-covered well hole" narrowed it down. Jimmy the Jap might have been conned. The body might be elsewhere. It was worth an hour's time.

Clouds covered the moon. Dudley parked behind a scrub bush and saddled up. The duffel bag, the Geiger, a flashlight. His full-dress evidence kit.

He lugged his gear to the fence line and trampled down a stretch of chain links. He turned on his flashlight. He saw cabbage rows and smelled fertilizer. He flicked on the Geiger. The dial lit up, the needle hovered at zero.

Dudley trudged over. The load slowed him down. The bennies supplied extra oomph. The Geiger led the way. The needle stayed low. The clicker click-clicked.

He read the clicks. He made them. Metallic soil traces—innocuous.

The hill was a trudge. His heart rate bollixed his breath. He saw a stonework well up at the top. He low-beamed his flashlight and caught scurrying bugs.

A click-jabber, persistent. See the needle? It's jumping, click-click-click.

There—that patch of ground. Bugs are digging into it. There's soil exposed. They want that edible moss and that something underneath.

The needle shot to the end of the dial. The clicker clicked LOUD. The click-clicks said DIG HERE.

Dudley turned off the Geiger and got out his tools. Dudley anchored his flashlight and aimed it at the ground. Dig, now—there's something there.

Bugs skittered away. He sank his shovel into the swarm and killed the fuckers en masse. He chopped through them and hit soft dirt.

He tossed it away from his gear. Underground bugs squirmed. He smelled corpse-dissolving quicklime.

Dudley dug through soft dirt and quicklime. Dudley dug around a dead man's outline. His head's on top. He was dumped feetfirst. He was stripped nude to hasten the rot.

It had to be Hikaru Tachibana. Loose dirt engulfed him. A stone well space loomed underneath.

The flesh stink outstunk the quicklime. Dudley tied his handkerchief over his nose and mouth. Tachi's skin still adhered to his bones. It was a grab-and-pull job.

Dudley grabbed. Dudley pulled. The head and torso came out of the hole. The legs and entrails were gone.

Look at the Jap. There's half of him left. His eyeballs have dropped from his face. There's maggots atop his leg bones.

Note his bony chest. Note his rising-sun tattoo. Note the needle marks on his arms. Note the seven odd knife wounds on his biceps and abdomen.

Dudley got out his evidence camera. He attached the flash gizmo and screwed in a bulb. He laid Tachi out and held his flashlight close.

He aimed the camera one-handed. He shot the belly wounds first.

The bulb exploded. He ejected it and popped in another bulb. He shot the mid-left bicep wound. He squatted and went contortionist. Lucky seven, seven wounds, seven bulbs in his kit. He got seven tight close-ups.

The bennies ratched up his heart rate. He gouted sweat.

Dudley kicked Tachi back in the hole. Tachi's left arm dropped off. Dudley refilled the hole and smoothed out the dirt. Bugs reconverged.

Clouds passed over. Dudley made like a hellhound and bayed at the moon. 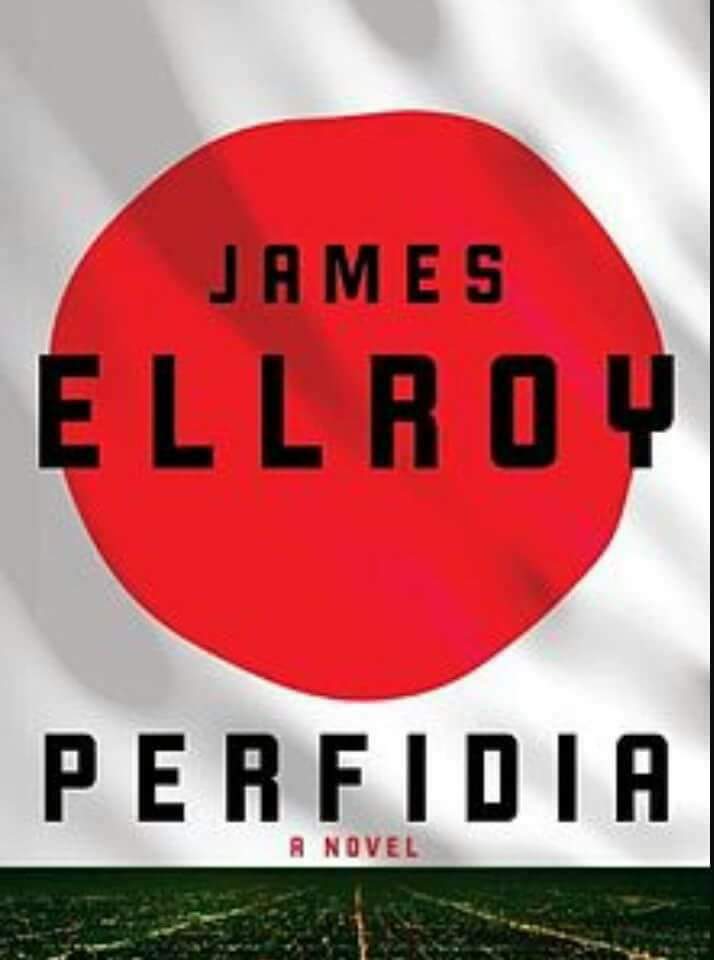 Posted by Jay Rothermel at 6:42 AM