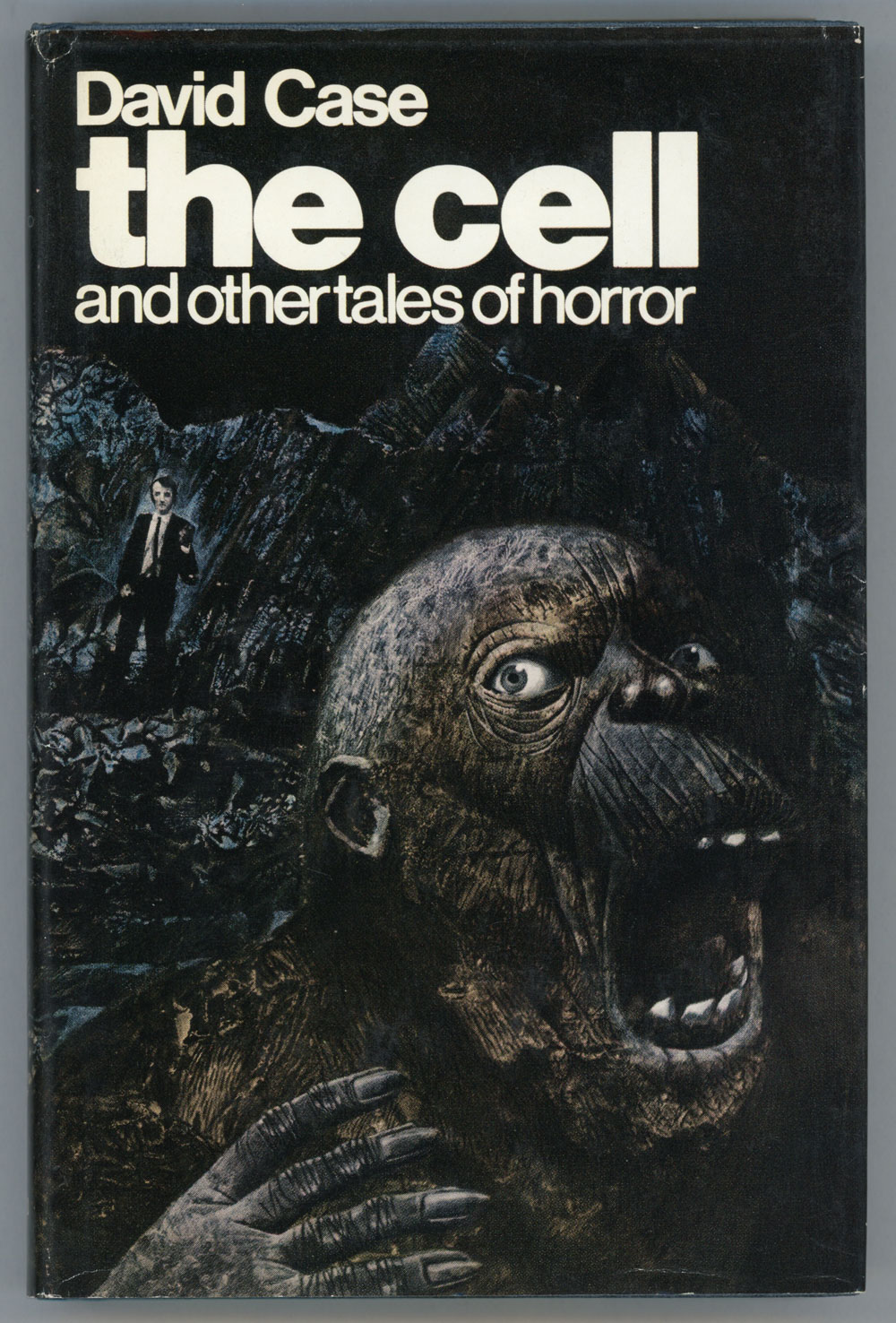 David Case is a new writer to me, and I look forward to reading more of his work.

I begin with "The Hunter" (1969), a story about murders on Dartmoor. Accumulating evidence points to a killer stalking prey on two feet, then making the kill on four.

The main duel in the tale is between two seasoned big game hunters: complacent and retiring Wetherby and his old friend Byron, a man for whom the hunt is performative life philosophy and a constant measure of worth. For Byron it is a measure against which Wetherby and every other man comes up short.

It's a rich story, treating the material with all the resources of complication, characterization, and atmospherics normally employed in a novel. Case has plenty of time for touches like this:

Wetherby smiled faintly. They had come to the turning on to the lane, and followed it along between the hedgerows. An old man on a bicycle pedalled past, going home earlier than usual from the pub. No one stayed out late now. They walked on in silence until they were at The King's Torso.

"Want a drink before you start?" Rose asked.

Wetherby looked at the sky. There was still some light low in the east—as good an excuse as any for delaying.

There was only one customer in the pub—Grant the ex-miner, sitting in the corner with a pint of beer. He didn't look at them as they entered, his eyes were turned to the past, towards the bowels of the earth. Rose had a whisky and Wetherby drank a brandy. It tasted good, and he wanted another, but he knew that would not be wise. There was no light left in the east and he set out with forced determination.

"Yeah, I guess that's right. If I had a gun, I'd get out after it myself. Don't have a gun. Read your story in the paper on Sunday. Load of old rubbish, you ask me."

"Werewolves! Ain't no werewolves. Leastwise, not in England. Might be an immigrant, though, you can't never tell. Or some animal that was sneaked in to avoid quarantine."

Grant looked up. His eyes were deep set in curiously hollow sockets, as if he had come to resemble the holes he had gouged in the earth.

His voice was hollow, too, as though he carried his own echoes in his throat.

"What do you think it is, then?" Bruce asked.

"They're making a mistake, looking for it above the ground. That's all I'll say."

"You think it lives in a cave?" Rose asked, looking for an angle.

Grant looked at his empty mug.

"Will you have a drink with me?"

Grant nodded sullenly, taking no favours. He came up to the bar. Bruce filled his mug.

"You were saying?" Rose prompted, jotting the price of a pint on his expense account.

"Oh, aye. Strange things. You can hear them moving in the shafts and tunnels. And in the rocks, too. They know how to move along the veins. Strange, slimy creatures, oozing through the earth. And stink! You can smell 'em for days after they've been in a tunnel."

"Have you ever seen one?"

He grasped Rose's jacket suddenly, pulling his face close and hissing the final words. Rose leaped in his strong hands.

"Once they got a man in their slimy claws, you never see him again. They suck him back into the rocks. Just like that. Slurp and he's gone. They hate men, because men have come down to their home, you see. Men disturb them with explosions and drills, and they get even by causing cave-ins. We wake them up, tunnelling through their level, and they don't like it. Oh, we know all about them. We know."

"Why haven't the miners told anyone about these things?"

"We have. But it's all hushed up, you see. The mine owners won't let it get out. They're all in league with the politicians. If people knew what lurks down there, well pretty soon no one would become a miner, see. They're bloody clever, those mine owners. They don't give a damn how many men get slurped into the rock."

"You think this killer comes from under the ground, then?"

"Where else could it come from? Eh? Where else? It figures, don't it? We dig down there, and pretty soon they were bound to start coming up here. And there are thousands of 'em, too. Millions, maybe."

"Are there any recorded instances?"

Grant smiled crookedly. He had said enough for one beer. He went back to his table without reply.

"You don't want to take no notice of him," Bruce said. "Crazy. Works for that mad bastard Byron, so I guess he's crazy, too. Contagious, maybe."

Rose sipped his drink contemplatively, his narrow shoulders twitching. He contemplated a subterranean approach in his next article, looked absently towards the window and started. He had suddenly realized that it was dark, and it startled him. It was a considerable walk back to the hotel, and Rose was a man who had never taken a chance in his life, who worried about the statistical chance of being struck by meteors as much as he did motor-cars. He was amazed that his preoccupation, even with the pursuit of success, had left him in his position.

"I'd better be off now," he said, sliding from the stool.

"Well, you better be careful."

"Don't do no good to be careful," Grant said.

Rose looked at him nervously.

"You won't see it coming. That's 'cause it don't come at you on the ground, see. It can suddenly pop up right under your feet. That's the way they get you. Pop! Just like that. One minute you're all alone, the next it's got you. Slurp! And down into the ground you go. It's a horrible death."

Rose shuddered as he went out....