Coca-Cola. Snickers bars. An old trailer by a lake where you can camp and eat and relax.

Miss Mack and Janice Faulk are school teachers. They are also inseparable friends. Much to the fury of Mr. Hill, the school principle. He's having a hard time bullying Miss Faulk into marriage; Miss Mack takes her away fishing every weekend.

But Mr. Hill has an ace up his sleeve: his old mother is a witch.

....After lunch they rowed over to the little cemetery. There among the Gavin graves, the two women ate sandwiches and drank Coca-­Cola, though Janice, deliberately to antagonize her friend, sometimes insisted on Dr Pepper instead. Over this lapse of taste, Miss Mack and Janice passed the time in pleasant and practiced argument. In the heat of the afternoon, they returned to the trailer. While Janice napped, Miss Mack sat in the Pontiac – hot though the vinyl seats were – and listened to the baseball game over the radio. This weekly indulgence necessitated always carrying an extra battery in the trunk against the possibility of failure.

....Through her friendship with Miss Mack, Janice had changed, and – so far as Mr Hill was concerned – not for the better. Janice no longer wanted to go to Milton for pizza, because Miss Mack didn’t like pizza and Janice had decided that she didn’t like it either. Janice no longer considered it a wonderful privilege to be asked to go to Pensacola to a movie, because it was so much more fun to go to the airport and watch the planes take off and land, and try to guess which relatives waiting in the coffee shop would go with which passengers coming through the gate. Mr Hill didn’t even get to see Janice in church on Sunday morning, and sit next to her, and hold her hymnbook, because on Sunday morning Janice was fishing out at Gavin Pond with Miss Mack, getting burned by the sun and eaten up by mosquitoes.

....Though Janice and Miss Mack returned to Gavin Pond every weekend in September and October, Mr Hill didn’t come to visit them there.

Finally one day, toward the end of October, Janice said to Mr Hill, ‘Mr Hill, I thought you were gone go see your mama sometime and stop by and see Miss Mack and me out at the pond. I wish you had, ’cause now it’s starting to get cold, and it’s not as nice. We’re going out this Halloween weekend, but that’s gone have to be the last time until spring.’

‘You’re gone be needed here at the school for Halloween night.’

‘Saturday?’ ‘That’s right. I was gone get Miz Flurnoy to do it, but her husband’s getting operated on in Pensacola on Friday, and she says she cain’t. Gallstones.’

....In the pine forest it was almost dark. Mr Hill had just turned onto the track that would lead him back to the dirt road to DeFuniak­ Springs. He killed the ignition, got out quietly, and opened the trunk. He took out a small corrugated box filled with heavy black ashes mixed with cinders. The rank odor and the lumpish consistency of the blackened remains suggested not the sweeping-­out of a coal-­burning fireplace, nor a shovelful of some ash heap, but rather something organic, recently dead or even still living, which had been burned, and burned with difficulty.

With a measuring cup that he took from a paper bag in the trunk, Mr Hill scooped out a portion of the cinders and the ashes, and sprinkled them in one of the ruts of the track that led away from the pond and toward the road. Then he poured a cupful into the other rut, and so alternated until he had distributed the ashes and cinders evenly. Then he tossed the measuring cup and the cardboard box back into the trunk of the car and shut it. Taking then a piece of yellow notepaper from his shirt pocket, he unfolded it, held it close to his eyes in the decreasing light, and in a low voice read the words that had been written upon it. From the same pocket he took a single calendar page – October of the current year – and set fire to it with his cigarette lighter. After this was burned, and the ashes scattered on the ground, Mr Hill pulled from his trousers a child’s compass and a cheap wristwatch – such items as are won in ring-­toss booths at traveling carnivals. He checked that the compass needle did indeed point north. He put the wristwatch to his ear to hear its ticking. He dropped both into the heaps of ashes, and crushed them beneath the heel of his shoe.

As Mr Hill got quietly into his car and drove slowly away, the twilight was deepening into night. The piles of ashes began to blow away. The heavier cinders alone remained, dull and black and moist. The broken springs and face and glass of the wristwatch and compass gleamed only faintly. At a little distance, Miss Mack’s crickets in their rabbit cage produced one loud, unison chirp....

McDowell wrote the finest Southern regional fiction of the 1980s. "Miss Mack" does not disappoint. When the story began, the ease and clarity of style quickly worked its arresting magic. I thought I had a "horrible teacher" story on my hands.  I got something much stronger. 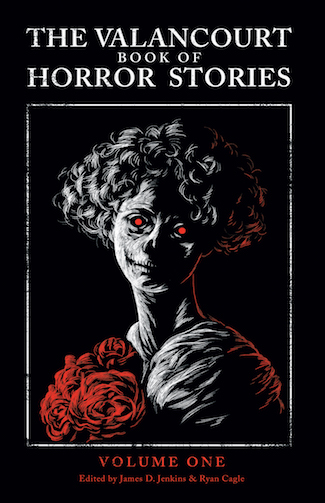 Posted by Jay Rothermel at 8:54 AM